I’ve been on the move for you @ Musikmesse Frankfurt this year and spent a lot of time at the Universal Audio stand. For me it was one of the fair highlights in 2016. A lot of analog tools were ready for testing. Such as these two beauties here. 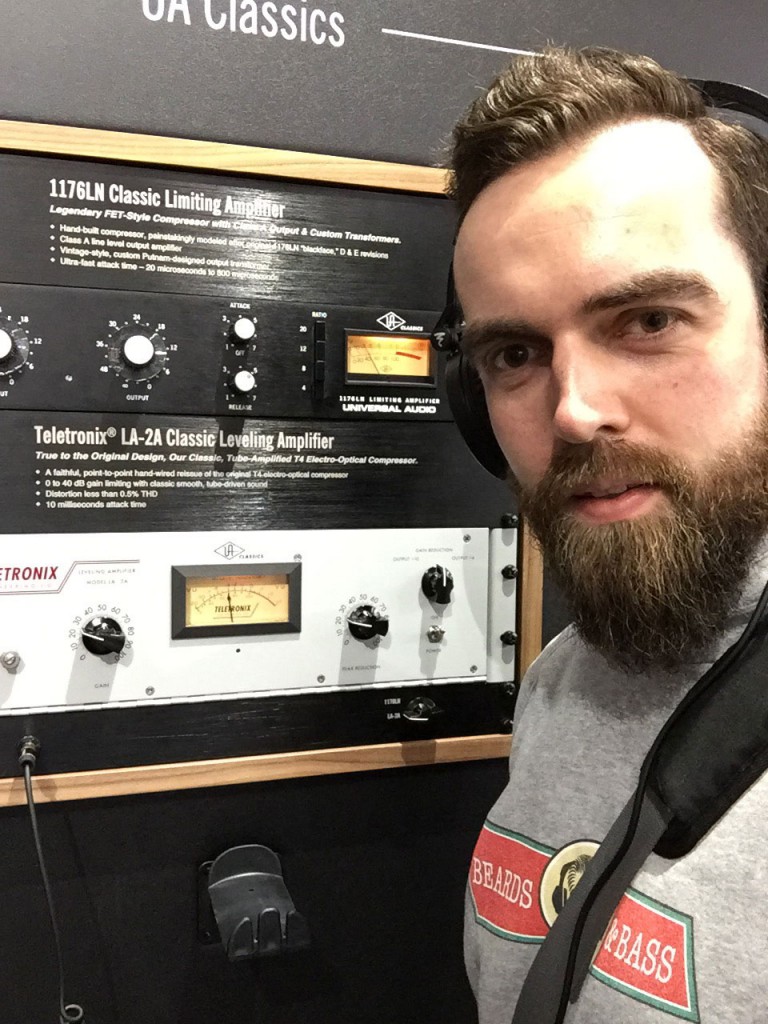 The 1176LN Classic Limiter and the Teletronix LA-2A…two of my favorites at once. I use both of them actually without exception in my sessions. However, I’ve been using them only digitally, yet. People always say that the plugins sound very close to the original in the matter of their character and quality. And this is true from my part of view. But if you ask me the difference ist still enormous. The warmth and the saturation is much more present on the analog tools. In the end, plugins are only copies from the original, even though they turned out well.

Charlie is on the move as a producer, songwriter and drummer oft he band Laurel Collective. Since 2013 he has cleared a couple of prizes as a producer. Such as the ‘Producer of the Year‘ award at the UK Brit Awards. Inter alia it was the british band Alt-J brought him that success. At the Universal Audio booth Charlie answered questions to an Alt-J track and shared some mixing tricks. 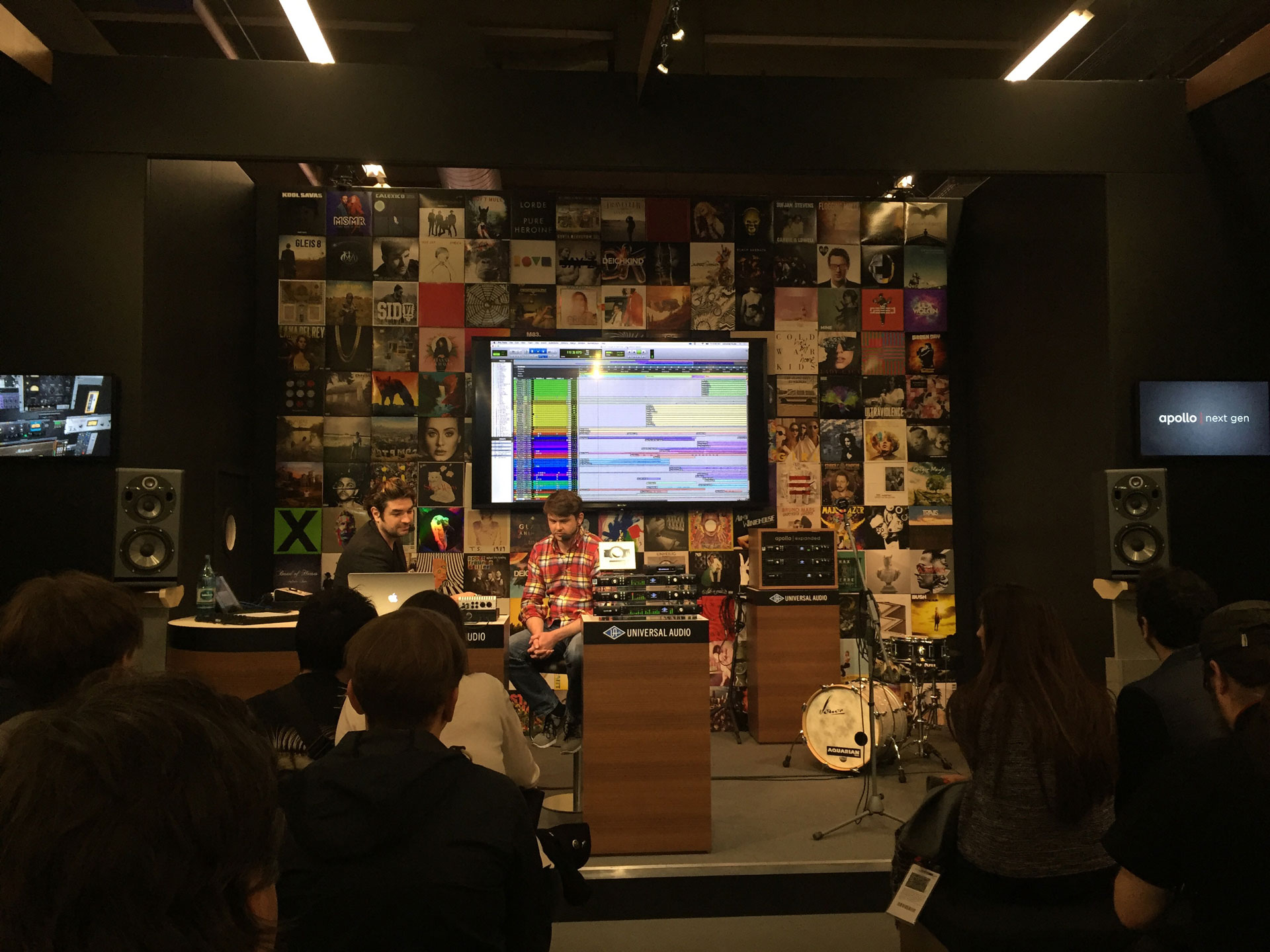 The performance at the UAudio producer corner started with giving an insight into the Alt-J song ’Hunger oft he Pine’. I would therefore propose to start just the same.
(In Germany there are problems with GEMA. To get an alternative to the official video, please switch to the German version of this blog in the header.)

This track is amazing, isn’t it? Charlie produced the whole album an was also involved in the conception process. This is very interesting to me, cause he spent a lot of time with the musicians in advance and was able to define how the tracks should sound in the end WITH the band. Under these circumstances it is ‘only’ about optimizing the sound in the studio with a well thought out base.

This song contains the following instruments:

Charlie produced this track in a small studio in Brixton, London. However, I didn’t know that a small studio really means a small studio. From what I have gathered, there were no big mixing consoles and effect racks at the time of production. This album was produced ‘in the box’. Hats off!

Next week you will learn more about Charlie Andrews mixing tricks in the Beards & Bass Recording Blog . Check out what Charlie did on drums, how he made the bass sound like ‘the end of the world’ and which reverbs he used on vocals in Part 2 .